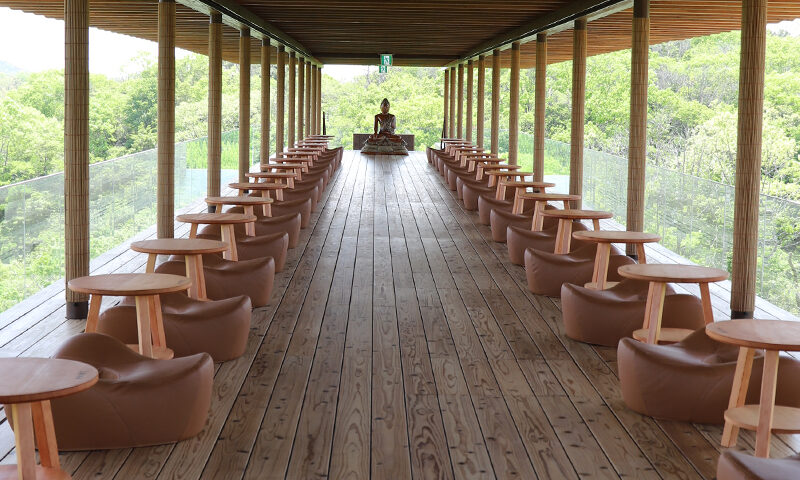 Shigeru Ban is the one of most famous Architect in Japan.

His major works include the Oita Prefectural Art Museum, the Mt. Fuji World Heritage Centre in Shizuoka, and La Seine Musicale. He has received numerous awards including the Pritzker Architecture Prize (2014), l’Ordre des Arts et des Lettres (2014), the Mother Teresa Memorial Awards for Social Justice (2017) and the Medal of Honor, Japan (Purple Ribbon) (2017). He is also a professor in the Faculty of Environment and Information Studies, Keio University.

Refresh and Rejuvenate Yourself amid The Vast Nature of Awaji Island!…

Situated amid the vast nature of Awaji island, on the 135th merid…

Venture into the Dragon Quest Hotel Room on Awaji Island!

You all surely know that Nijigen no Mori, a new type of anime park on…

Did you know the popular glamping facility, Grand Chariot, has charac…

The multimedia art restaurant “Hello Kitty Smile” stands along the we…